I had Thanksgiving dinner alone. It was intended, insightful and intriguing.


I was not alone for the entire day, but I ensured that my actual feast was a dinner for one. I have never had this opportunity, so I decided to see what it would feel like.
I am not afraid of being alone, but it did seem daunting on a holiday. As an only child, I crave and require my solitude. As an enthusiastic extrovert, however, I never considered I would spend a holiday without defending a long legacy of Pictionary victories and Trivial Pursuit triumphs.


Previous Thanksgivings have entailed snow football on ISU’s Cadet Field, a snowball fight at a train crossing, midnight shopping, movies, charades, board games and slinking out of the kitchen while people talked politics. My turkey was so dry last year that I thought we’d need to administer the Heimlich on the four year old.
The few people I told of my solo plans had a wider a spectrum of emotions than I did as I considered a private meal of giving thanks. I ran into one friend in the turkey section whose husband’s entire family was joining them. She had shopping and to-do lists a mile long and was flitting like a ferret. When I told her I’d be dining alone, a look of pity started to form on her face and as she opened her mouth to speak, I jumped in with, wait. Stop. Listen.


Does the thought make you sad? Fearful? Are you thinking there’s room for me at your table? Are you wondering if I’d get along with your husband’s family? Do you suddenly think you must organize board games and neighborhood football on my behalf because the thought of your friend alone bothers you? She closed her mouth and nodded as a smirk developed. How my decision made her feel was entirely about her and her biases and very little about me.
I watched her pity shift slightly to envy as I described my plans for no alarm clock, a lingering cup of coffee with a dollop of maple-infused whipped cream to be used later for the pie, a bike ride, a bubble bath, Stove Top Stuffing and my very own pie. I love Stove Top, but in most of my social circles, I wouldn’t dare show up with this succulent side dish out of a box.

The morning began just as I had hoped. During my whipped cream and coffee, I was reminded of the Turkey Trot fun run. I was still in my pajamas with unkempt hair and unbrushed teeth when I texted a friend to see if she wanted to throw on a cow suit and cheer for the runners with me. Thanksgiving is a bad day to be a turkey but a great day to be a cow.


I returned home after cheering and as I replaced the cow suit with my biking spandex, I felt grateful that I didn’t have to clean the house for guests. Then I noticed the swirls of golden dog hair everywhere, and I couldn’t stand it. I was late meeting a friend for a bike ride because I was vacuuming dog hair under my bed. I’ve never vacuumed in spandex. Another first for the day.
As I was mountain biking and feeling grateful for the sun, the warmth, and the sweat, I started to second guess myself. I could have found a local organization offering meals and offered to help. As I imagined friends and acquaintances and their plans, I thought of some who were probably eating alone but likely with less intention than I. Guilt formed. I have a warm kitchen and large dining room table, and I could have given them the opportunity to be on my winning Pictionary team. Unbelievable. I was going to be alone and I still had holiday guilt.


If the point of Thanksgiving is to spend the day being thankful, I accomplished that. I went about summoning gratitude differently than many do and differently than I ever had before. It was a selfish decision. But gratitude and self reflection have to be selfish. It’s the resulting improvements and attitudes that can be less so. Thankfulness is about our individual experiences, preferences and the lens through which we view it all and it’s so personal.
It dawned on me this summer during a bike ride when I was overcome with gratitude for my healthy muscles and tendons, the sun, the road, the green hills and my confidence to step out of the house in spandex. I was happy. I was truly happy in that moment and have carried that revelation with me since. Happiness is found in thanksgiving alone. 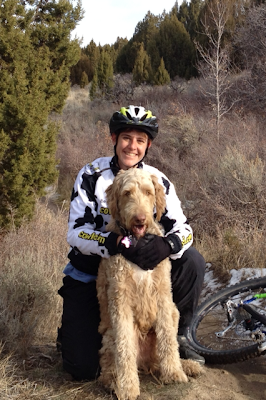