My Moootual of Omaha Aha Moment

I've traveled to Montana to film a Mutual of Omaha aha moment. Their traveling air stream trailer will be in Pocatello in a few weeks, but I'll be on vacation. After emailing back and forth with one of their reps about where their traveling schedule.... Great Falls, Montana worked for the cow.  This is my script I'll be working from. A lot of it will undoubtedly be edited and cut out, but that's their job. I just cow. Wish me luck!! 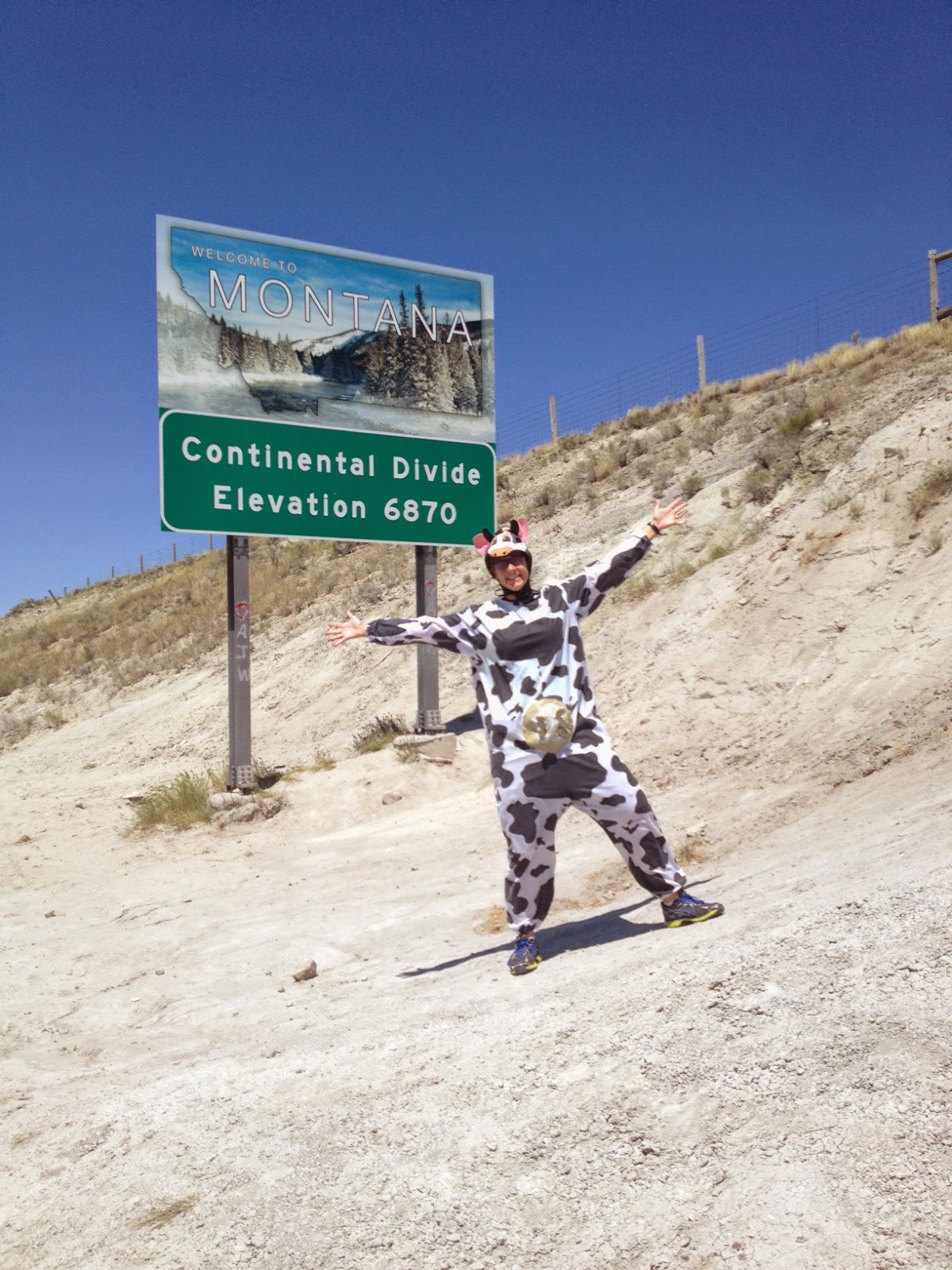 My name is Billie Johnson and this is my “Mootual” of Omaha aha moment. 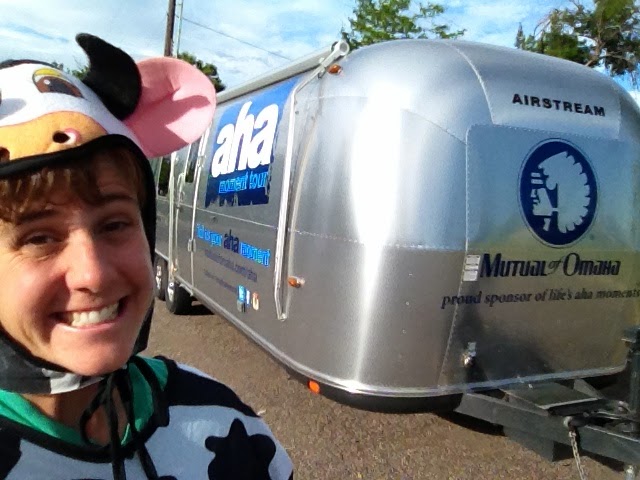 I bought my first cow suit 20 years ago for a Halloween party. It was college—I wore it now and then just to be goofy. Then when I graduated, I wore it for some more Halloweens and on more occasions to be goofy. And then I wore it out, so I got another one.

Some friends and I got involved in fundraising for cancer research, so we got some more cow suits to make a herd. I realized during a particular event in which cancer survivors—both those currently undergoing treatment and those who’ve been in remission for years—were walking a lap around a track while other participants cheered. My herd was located near the end of their lap on the inside turn.

Some of those currently undergoing chemo and those who were elderly were tired. Weary and breathless. Their heads were drooping while they focused on their breathing and their steps. Until they saw our herd. We were clapping and cheering and jumping up and down. And just the sight of our floppy ears and udders changed their expressions immediately. They held their heads. They smiled. They mastered every next step before them.

A few years later a friend and I decided to surprise her husband by cheering at a marathon. We set up just before halfway with signs that said “Keep mooooving” and “You are incredi-bull” and we waited for him. While we waited, we started to cheer for other runners. The pain and punishment they put themselves through… and the pride of everyone that passed was astounding.

Many were exhausted. The sun was starting to make the road hot and blisters and cramps were beginning.
Each runner had a story. Sure, there were a few seasoned competitors that gave us a smirk but didn’t want to expend any energy to thwart a personal best time, but many many more were struggling. Some were noticeably overweight but still tackling a goal. Some had pictures of lost loved ones screened on their shirts or in their hands. One lady had her shoulder in a sling and some fiercely resisted the desire to stop.
But when they saw the cows, they smiled. Their posture and their gate transformed and they ran taller as they passed. It wasn’t me; it was my cow suit.

My a-ha moment came to me on the side of the road, sweating in the sun, squinting in my cow suit and clapping and cheering for friends and strangers. People smile at me my cow suit. They laugh. They look. We meet eye-to-eye and exchange more smiles and more quips. This would never happen in everyday clothes. I need to write about my cow suit and I need to wear it more often.

I started writing that day, and I have no doubt that a book will come at some point, but I keep adding chapters and I keep collecting smiles in my cow suit, and it’s hard to keep up with them all. So, I started a blog at Cow Suit Saturday dot com.

I’ve cowed and collected smiles in 8 states so far, and I’ll make it to all 50. I consistently cheer at community 5K’s. I’ve played my trombone in a cow suit. I got a tattoo, jumped off diving boards, visited hospital patients, went to the dentist, rode busses and subways, and did laundry in a New England laundromat in my cow suit. I added a Cape to invent my own superhero “The CowCulator” who speaks to kids about careers in math and science.

I’ve worn my suits with high school classmates, professional colleagues, kids, strangers, friends and all by myself.

The cow suit is ridiculous. It’s a skosh irreverent. It’s whacky. It’s simple, and it must be magical, because the smiles it inspires are pure magic. I look forward to every Cow Suit Saturday.

Posted by Billie Johnson at 6:37 AM