Mockingbird, Moments and the Moo

Alright. Here's the tattoo from last week's post. Let me break it down. 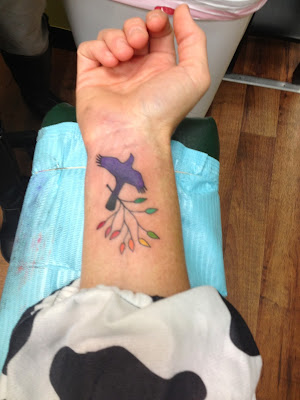